With September, not only the national holidays arrive, before giving "the shout" the fans of the NFL begin to live what for them is the best time of year, the start of the season of football and the exit of the video game of this sport better known as Madden.

For this 2018, it is no exception, the game always generates great expectations and meets them. Now you can play story mode, also, the game incorporates new graphics engine and is even less complex for gamers who are not so expert in this game and in the NFL in general. 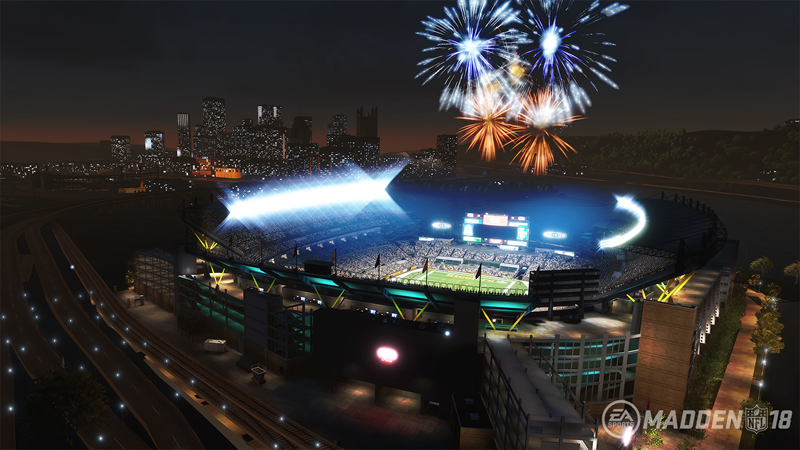 We give you some facts why this game is not to be missed.

There are certain video game players who do not approach sports titles so much because some have a great complexity, it is not only understanding the rules of the sport as such, but also the strategies and combinations within the game. However, for this installment, EA Sports makes the Madden NFL 18 approach friendlier, so you do not need to be an expert in the NFL to be able to live the passion and enjoy these games, in at least two of its three modes main. You can even play in the rookie option and the game guides you with no problem.

Last year, the Azteca Stadium was the setting for the first time for an official NFL game during the game between Oakland Raiders and Houston Texans. Now the "Colossus of St. Ursula" will repeat itself as the home of the Raiders no more and less than to receive the current monarch, New England Patriots. Sean Graddy, executive producer of Madden, said a few days ago during the Gamescom 2017, that they are considering that the Azteca appear in the game, although it is still not safe. However, with some updates this might be possible.

It is the way you create a fictional team to compete against other players. Now you can find a cooperative mode where you can combine alignments with two other users, each one will be in charge of directing one of the three facets of the game, such as offensive, defensive or clock handling. Also, now you can accumulate experience because in past deliveries you could only advance accumulating coins, playing games against the CPU or other rivals. The experience will allow you to unlock game modes, offers, challenges, envelopes and other things.

Although the design and graphics have been optimized every time, there is a noticeable improvement in this delivery, even in details such as more natural movements of the players, as well as repetitions, which take more care of details compared to previous years.

And something that stays and is fun, besides that makes you competitive, is to play online against other players, so you can take experience and even interact live with opponents to see who is the best. There is no more interesting way to measure your level than other opponents who are also Madden lovers. You can find yourself from novice players, predictable in their plays, to true fans obsessed with strategy.

A Success In Longshot Mode

If you want to live a greater reality and intensity of the game, the Longshot is a great option, it is a story mode where you take the life of Devin Wade, a guy who looks for an opportunity to be in the Draft, with the dream of being a selection of some NFL team, but it will not be easy, since there is both physical and mental evidence to achieve it. It is not properly playing games, but making decisions. Here you will need more in-depth knowledge of the NFL, its rules, formations, strategies.

Madden-Store.com as one of the most professional online store which glad to share more Madden 18 news and cheap mut 18 coins with instant delivery.